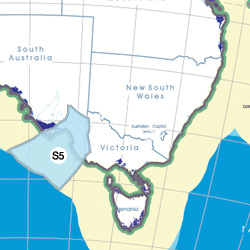 Thanks for checking this Sub-region out.

This Sub-region defines its boundaries at the top of the ridge, where water flows one way rather than the other. This leads to a very interesting 'place'.

We are seeking a debate with people who live in this proposed new Sub-region. We know we've got the Sub-region pretty well correct; after all, it's just geography. But if you live in this Region you can tell us a lot of interesting things.

- Would life be enhanced if it was on a fast Ring-Rail that links the Capital Cities in the Sub-region to capital cities around Australia? 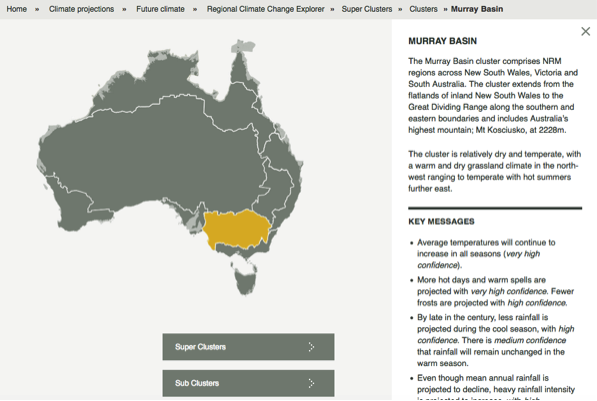 The CSIRO has regions for projecting the impact of Climate Change. See https://www.climatechangeinaustralia.gov.au/en/climate-projections/futur... This sub-state, Murray-Darling Basin Foreshore Sub-State (S5), is one of the clear projections in a CSIRO cluster called "Murray Basin region". CSIRO's Murray Basin region coincides with BloggerMe's S2,S3,S4,S5.

"Already, mussels have disappeared from many streams in eastern Australia from loss of catchment vegetation in association with agricultural development. The habitats in many streams have become degraded from channel erosion and sedimentation. Increased nutrient loads in runoff, loss of shading vegetation and invasive water plants like Salvinia molesta and water hyacinth (Eichhornia spp.) have badly affected mussels in some parts of Australia.

"Efforts have been made to bring the plight of the freshwater mussel to the attention of conservation bodies. Species such as the Glenelg River Mussel (Hyridella glenelgensis) have been recently listed as “Critically Endangered” under the Victorian Flora and Fauna Guarantee Act 1988 and the Commonwealth Environment Protection and Biodiversity Conservation Act 1999 (EPBC Act)."

Simon Birmingham ‏@Birmo
the three windmills by the ferry crossing of the Murray at Wellington in SA ... http://twitpic.com/bqcysc

Simon Birmingham ‏@Birmo
some driftwood & waters of the Murray at wonderful Wellington in SA ... http://twitpic.com/bqcy1p

Ben Cubby ‏@bencubby
Penguins on Kangaroo Island are either not filling out their census forms, or in decline. http://bit.ly/UV7qm6