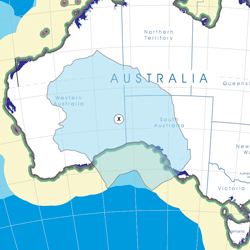 The CSIRO has regions for projecting the impact of Climate Change. See https://www.climatechangeinaustralia.gov.au/en/climate-projections/futur... This state, Great Australian Bight (X), is included in a CSIRO cluster called "Southern & South-Western Flatlands region" (exluding the tiny bit above). CSIRO's Southern & South-Western Flatlands region coincides with BloggerMe's N,P,Q, and a tiny bit of X and a tiny bit of R. 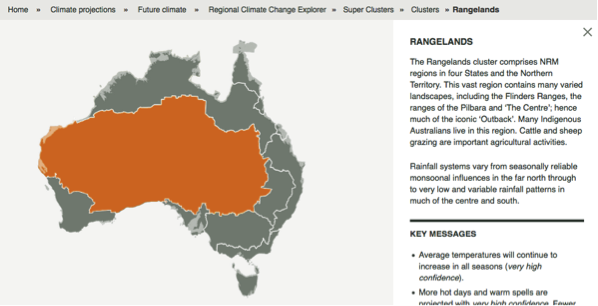 The CSIRO has regions for projecting the impact of Climate Change. See https://www.climatechangeinaustralia.gov.au/en/climate-projections/futur... This state, Great Australian Bight (X), is one of the clear projections in a CSIRO cluster called "Rangelands region". CSIRO's Rangelands region coincides with BloggerMe's L,M,X (missing a tiny bit), R (missing a tiny bit), but includes a large bit of S (the Darling River bit).

Careers: Take a ‘Bight’ out of your PhD with a top-up scholarship for Great Australian Bight study http://ow.ly/w6e0g  ^KL

Top-ups for Australian Postgraduate Award or Divisional (PhD) scholarships are available in 2014/15 for the following areas within the Great Australian Bight Research Program: