A Constitution for People and Country

Protecting the rights of people 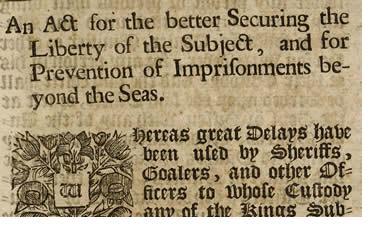 Over recent centuries, in the history of the West, government has been about people and people’s rights.  This led to some progress – at least formally, if not in practice - in relation to the rights of individuals. Such civic protections have been enshrined in systems of law and legislature i.e in formal constitutions which limit the power of leaders/rulers over the people.

Formal constitutions often follow a tradition of establishing representative parliaments, an independent judiciary and an executive (in Australia, the Government’s cabinet) or some variation thereof and linked to the Magna Carta.

The Magna Carta tradition is about protecting people from summary execution, or summary jailing or confiscation of property.

These protections were sometimes far from perfect.

Property rights were certainly not well protected for many English villagers who were removed from their land during the period of enclosures and industrialisation. Others such as Habeas Corpus – protection against arbitrary detention – have been somewhat weakened with recent anti-terrorist laws. The main point here is that for a past few hundred years (at least) the focus of constitutions for western governments has been on protecting the rights of people

Protections for land, for Country

But, with the damaging effects of industrial corporate capitalism now very clear, the need for protections for land, for Country, is being increasingly recognised. For example, active long-term environmentalists (such as Jenny Warfe) seem now to be realising this.

This is particularly important for Australia, as the driest continent with poor soils and a record of serious degeneration since European settlement.

As noted by Charles Massy in his PhD research, many farmers are undergoing a fundamental transformation in their perception of Australia as a natural system and of their farming practices. Increasingly Australian farmers are coming to see properties as less of a farm and more of a part of the large and complex continent of Australia, as part of a “’nourishing terrain’ which gives and receives life; is a timeless entity; and which must be carefully managed for perpetuity”.

These same farmers are coming to appreciate and acknowledge the “deep and rigorously-tested natural science” of Australia’s Indigenous cultures and in doing so appreciate the need for reconciliation with these same people for past injustices.

Taking care of this precious continent 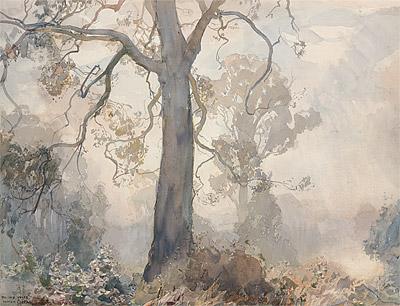 The truth is we need to start taking care of this precious continent. We need to start regenerative practices that reverse the environmental damage done over the past 200 years.

This type of deep ecological understanding to which Australian farmers are now awakening is not unique to Australia’s Indigenous people. Indigenous groups around the world share a similar understanding; an understanding that has evaded western thinking European colonists for too long.

Ecuador is one nation that has entrenched its native people’s deep connection to the land in a new constitution which passed referendum in 2008.

Perhaps it is time to radically rethink our relation to our land. To redesign our constitution so as to properly recognise Indigenous peoples and to protect not just people but the very land itself.

In this regard, perhaps we also need to reconsider our state boundaries and organise these not just around human communities, but along natural systems, much as Aboriginal nations were organised.

A logical organising principle for the world’s driest continent is around water, and river systems in particular.

Significant progress has already been made in this regard, with the FOWTOR state proposal.

Gammage: The Biggest Estate on Earth 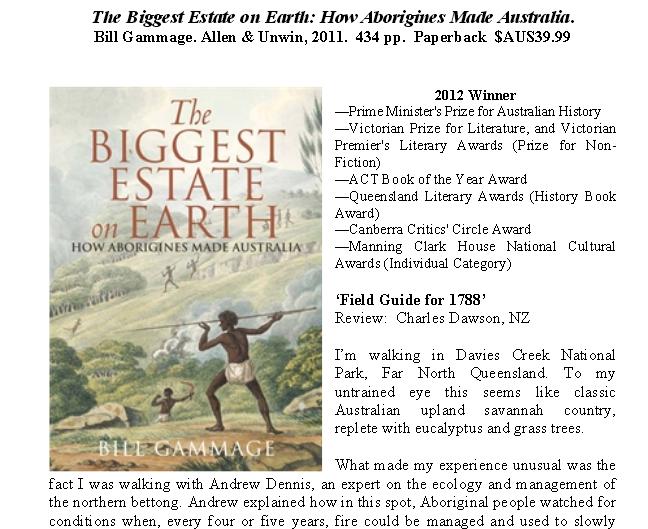