Where did the BloggerMe map come from?

Early days in the Rudd government

On 3 December 2007, Kevin Rudd became the 26th Prime Minister of Australia. Rudd was the first Labor Prime Minister in over a decade. It was a moment of considerable optimism; a huge number of voters were relieved that the Howard era had finally come to an end and were looking forward to a new era and hopes were high. He broke records for popularity in opinion polls, and retained very high approval ratings for more than two years following his election, which almost never happens.

His theme during the election made reference back to the Whitlam era, “It’s Time!” This era had entered into folklore in the Australian national psyche, and the ousting of the royalist Howard rejuvenated interest in republicanism. This was across the political divide, as witnessed by the elevation as leader of the Liberal Party, in September 2008 of Malcolm Turnbull, well known and respected for his efforts to move Australia towards a republic.

Early initiatives by the Rudd government included the signing of the Kyoto Protocol, the Apology to the Stolen Generations, and the 2020 Summit.

It was this ‘2020 Summit’ that gave rise to the BloggerMe map.

Early in his first term Rudd called a get-together in Canberra under the banner of ‘Australia 2020’. It brought together one thousand ‘important persons’ to discuss "a long term strategy for Australia’s future directions". The planned event was generally well received. There was some cynicism about the “true agenda” but generally optimism was in the ascendency. The one thousand important persons came to Canberra in good spirit and broke up into 10 ‘working groups’ to discuss key elements of that strategy. These included productivity, economy, climate change, rural life, health and ageing, family, indigenous life, creativity, governance, democracy, and security and prosperity.

I wasn’t invited, but, in an attempt to make the Summit more inclusive, Rudd had invited submissions by ordinary battlers to be discussed by these working groups.

As an ordinary battler, I jumped at the opportunity to have my ideas included. I wasn’t in the cynical crowd but I wasn’t starry eyed, either. I had tried to take part in similar calls for ‘inclusion’ at the State level, only to be ignored dramatically. So I was realistic in my expectations.

But I saw it as a real opportunity to get together ideas I had had in my head for years, ever since my university days, and share those ideas with important people. Opportunities like ‘the Summit’ almost never happen, and so, when they do, I felt that one is obliged to take them on. If you don’t, you are just a whinger, great at describing the problems, but incapable of coming up with any solutions.

I too tried to be part of the "Summit" without success. However, I was so taken with the idea, I printed 2000 pages of my idea and 2000 envelopes and proceeded to Canberra to hand them out to delegates as they arrived (I live in Queensland). I was prevented from handing out more than a few hundred by the "thought police" at Parliament House. If you care to let me have an address, I will send you one (or 100 if you wish!).

But that is not why I make this contact.

I love your Map!

Please send an address so I can send you my map. (And the rationale behind it.)

Drainage in the main oceans of the world 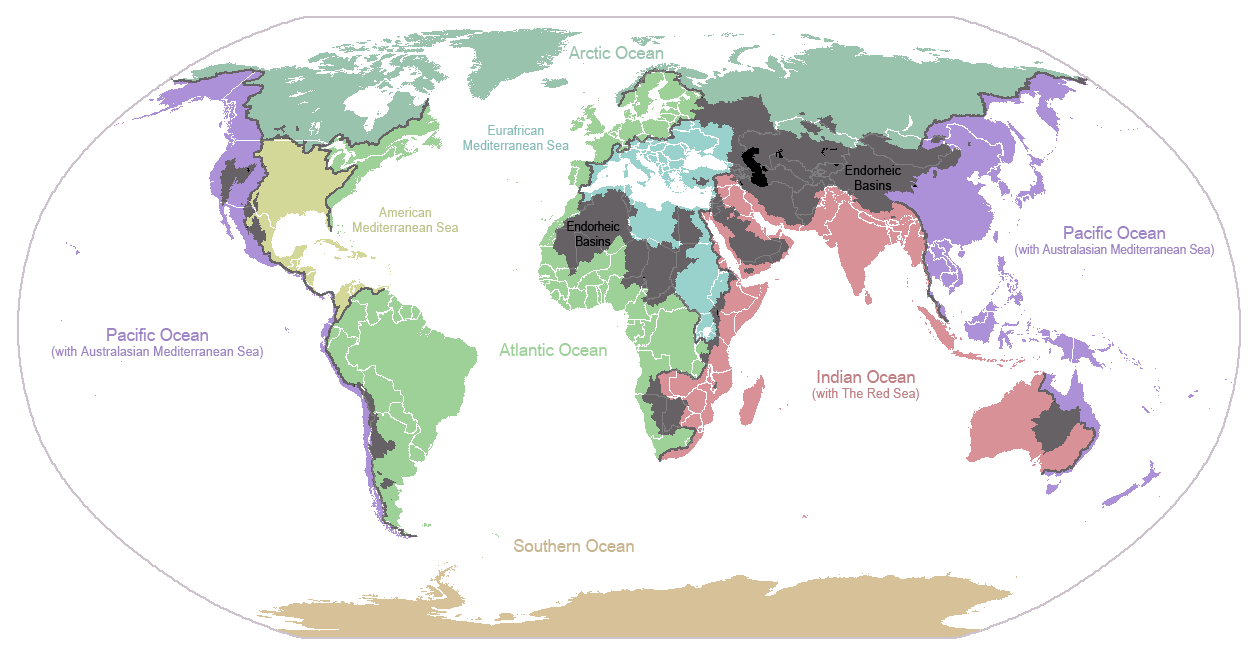 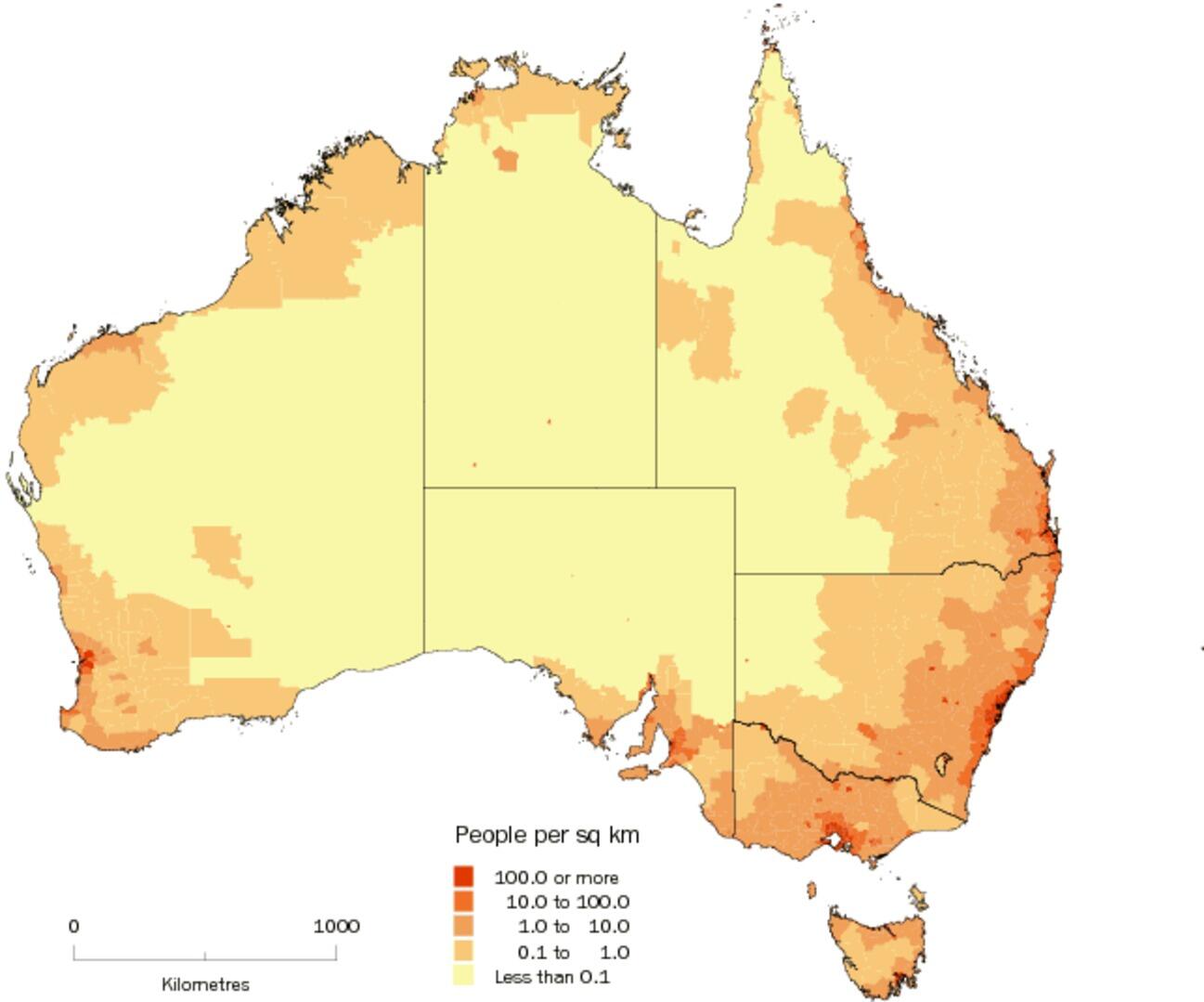 Only 2% of the Australian population lives in the yellow area pic.twitter.com/nGkxFthA9I 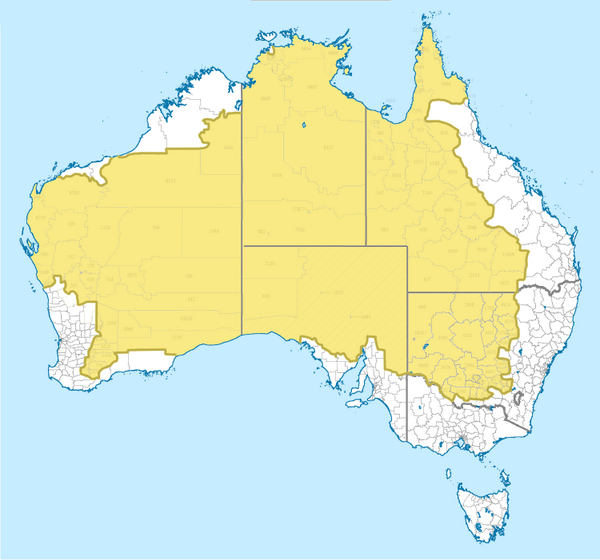