The only war worth fighting is the war against ignorance

We’re at that stage of the election campaign where many people have had enough. “I just switch off”, we hear, or “politicians are all the same”. Yet we rarely hear about a loss of interest in gossip about Mariah Carey’s wedding, or Johnny Depp’s divorce, or anything at all about the Kardashians. In fact, the world’s massively rich and successful entertainment industry is predicated on humans’ insatiable appetite for the minutiae of dross.

Why are Australians taking so little interest in the policies and ideologies of the major political parties when the outcome of this election will profoundly impact their future? Why do many people waste their vote - that precious snippet of power afforded to every adult in a democracy - by donkeying or voting carelessly?

Most baffling of all, and most damaging to the cause of progressive government, are those who vote against their own self-interests. Why would a working class person or a pensioner vote for a conservative?

The main reason is because the corporations that own and control the mainstream media present an excruciatingly low level of discourse peppered with a relentless barrage of conservative propaganda. This processes consumers who rely on corporate-controlled media as their sole news source into uninformed or misinformed drones who quickly become disengaged during election campaigns.

Programmed drones do not understand the political system or the way in which the corporate media rides roughshod over democracy to further its aims. They do not know how to interrogate the news, or how to reveal the bias of opinion makers by checking their credentials.

Lacking any training into how to analyse political theory, drones are forced to rely on the simplistic, reductionist ideologies fed to them by tabloid journalists. The media dogma that they swallow creates artificial divisions in society, which serve to maintain the status quo.

The conservative media blocks the natural flow of social progress and makes no serious attempts to address society’s most pressing problems – climate change, equity, education, law and order, immigration and healthcare. The way in which the Murdoch media campaigned relentlessly in support of the mining companies and a self-seeking, hard-right opposition to kill off the carbon tax exemplifies how the conservative media ruthlessly prosecutes its own agenda at the expense of the real needs of people.

The power of the mainstream media also excludes and mutes discussion about progressive policy formation. Australia’s main political parties know they would be committing electoral suicide if they dared to step away from their bilateral support for some of their major policies, even when such policies stunt our national identity and damage our international reputation. This is why both major parties defend our relentlessly hard line on asylum seekers, our slavish alignment with Washington’s foreign policies, and our timorous approach to republicanism.

So the cycle of ignorance continues: drones vote the conservatives back into power because they do not know any better, and the next conservative government weeds out progressive journalists in the institutional media, such as the ABC, and replaces them with shills and reactionaries that mock, misrepresent, or simply ignore progressive ideas that might upset the established conservative order.

Eventually we end up with a mainstream media that is steeped in and enfeebled by conservatism. It is a consistently biased media that can never seriously interrogate national values, lead contentious debates, challenge religious tenets, present radical ideas, or propose new solutions to society’s endemic and ever-more-complex problems. Ultimately, an obdurately conservative media will erode the pillars of democracy itself.

This is the type of mainstream media that Australia is currently saddled with, and its presence has consigned us to becoming a turgid, intellectual backwater that hasn’t the strength of conviction or the courage of an assured collective intellect to effect the urgent changes necessary to rescue Australia from dull, ockerish torpidity.

The only antidote is education. And it should begin in primary school. Politics classes from early primary right through to matriculation would help children take their place in the world as engaged adults rather than unthinking cogs in the crushing wheel of conservative capitalism.

Political discussion at an early age promotes both free and critical thinking, and because politics classes would necessarily include basic information about the electoral process, the law, social issues, industrial relations, global affairs, business and the economy, the education of Australian children would be more rounded. 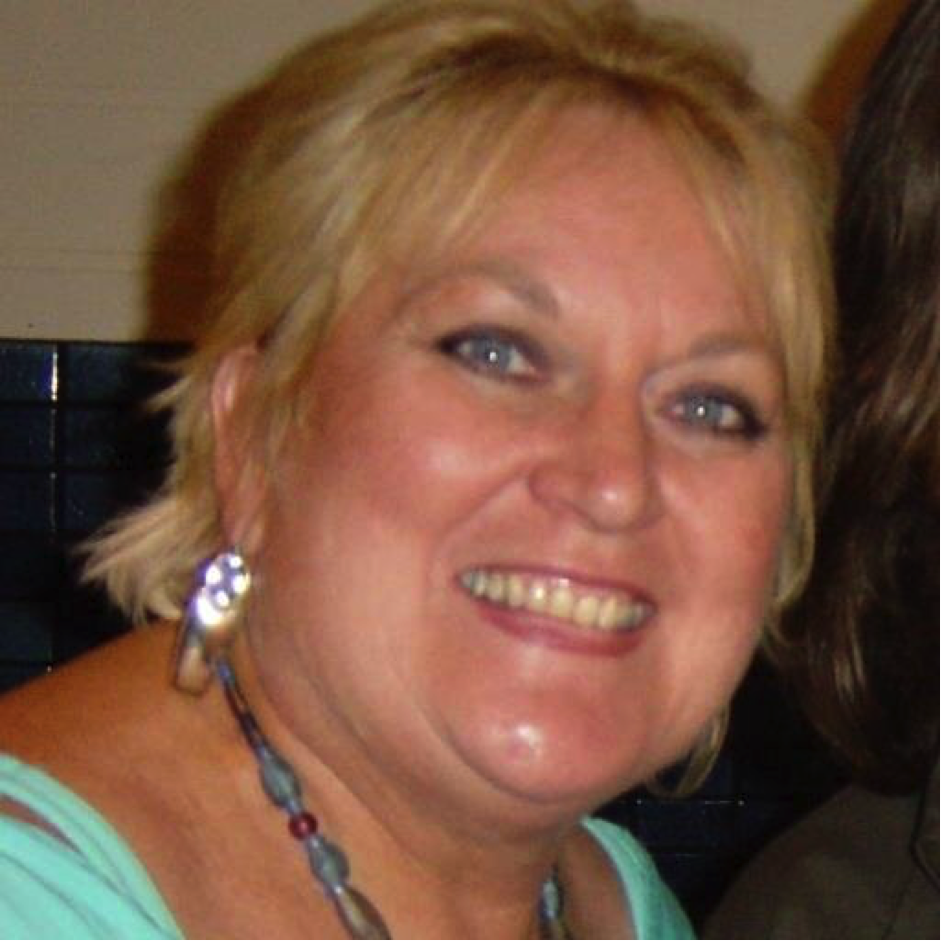 Marion Groves is a freelance editor and occasional writer with a strong interest in progressive politics and education.
This is 5th in the BloggerMe Series "who2vote4 & Y?"
A series of blogs by independent thinkers
on the coming Australian federal election 2016

A great piece, Marion. However, for as long as governments world wide dance to the tune of vested interests, any campaign against the backward-gazing forces of the conservatives is doomed to failure. Yes, we make small advances in some areas, but at the cost of being forced backwards in others. I believe one of the major tasks we face to be that of seeing all lobbyists booted from the corridors of power and replaced by an educated public service with no axe to grind and charged with fairly assessing all government decisions and proposed legislation. I can hear the howls of "we can't afford it" from here, but neither can we afford to continue in our present direction. Mining, for example, will bring economic ruin to this country - even if one ignores the affect on the climate - yet no-one will admit it, let alone ask why. Years ago, an English predecessor of Hunter S Thompson (whose name, sad to say, I have forgotten) wrote an essay titled "A Monolithic View of Mirrors", describing a fictitious (and I use the word cautiously) organisation he called "Neo-Monolithic Church". With its creed based on the Hebrew myth of Lot's wife, members were forbidden to look behind them and so were forbidden rear-view mirrors in their cars. This, the author said, "…accounted for an appearance in road death and other traffic accident statistics out of all proportion to their numbers." We are all being dragged into that church.

Thank you for your very interesting comment, Frank. I agree with your point about lobbyists - they are a pestilence that feed on taxpayer dollars while they warp and pervert the natural course of democracy. Lobbying is, after all, just a form of bribery. It works for the wealthy lobbyists because politicians, being human, can't resist huge amounts of money being spent on their wooing so they will invariably award their attention/vote/support to the powerful and wealthy corporations represented by the lobbyists rather than Mr Average Citizen writing a letter (in that old democratic way) to their local member.

Oh that is so good Marian! Well done and well said. I really like it and it tells that rarest of things: the truth. Thank you from me.

And thank you from me, Kate, for your very kind words.

Thanks Marion, A very erudite

Thanks Marion, A very erudite explanation of the "media enfeebled by conservatism" love it. My wife and I were just talking about this very subject as a "friend" of ours has rung us twice recently to ask about postal voting. Same questions each time and the phrase "they are all the same" came up as the excuse not to commit to the reality of political life. There seems to be a kicking mentality at work here. Lets kick them all, rather than just the ones who need the kicks. Thanks also for the use of my favourite word, "Dross" it engender for me the vacuum of thought which pervades society in Australia. The lack of courage of the majority to face up to the reality of what causes The Asylum seeker crisis and the complete inability to think that working hard for peace through diplomacy is the best solution. And that war is a last resort, rather than the first choice.

Thanks so much for your interesting comment, Vince. On this pre-election Tuesday when it's hard not to feel despair at the likely election outcome (according to the media, anyway), your comment has uplifted me.

Thanks for the great article and yes very true. Education.

Terrific article Marion. A couple of points though.

The first is regarding the hard-line of both major parties on refugee boat people. Could it not be the case that they're pandering to a significant redneck minority who would punish any party daring to show compassion?

Secondly, what would prevent a concerted campaign by conservative elements to prevent politics education in primary schools - supported no doubt by the MSM. Yes it's an excellent idea, but we can all foresee the screaming headlines about teachers and their political bias preventing proper instruction.

Thanks, Trevor. Unfortunately, it's not a redneck minority that has supported the hard-line stance on refugees, but a redneck majority. This attitude is changing, however, as more information squeezes through the secrecy barriers set up by the Abbott government and we learn the real truth about the plight of refugees. Global criticisms have also served to convince many Australians that our refugee policies are not just cruel, but illegal. We need strong leadership if we are going to appeal to the higher natures of the rednecks and achieve a more humanitarian approach. Re your second point: I agree that the conservatives will try to prevent politics classes but we shouldn't let that stop what is an immensely worthwhile initiative.

Cheers Marion. Appreciate you taking the time to reply. More strength to you, and long may you continue to blog!

Great article Marion.
A great analysis of how we got into this stupid situation.