The Need for a New Constitution

There are several reasons why we may need a new constitution.  One is to overcome the problems of Governments signing away sovereign rights through treaties - for example through Investor-State Dispute Settlement systems such as in the Trans-Pacific Partnership (TPP) or the Australia-Korea FTA. 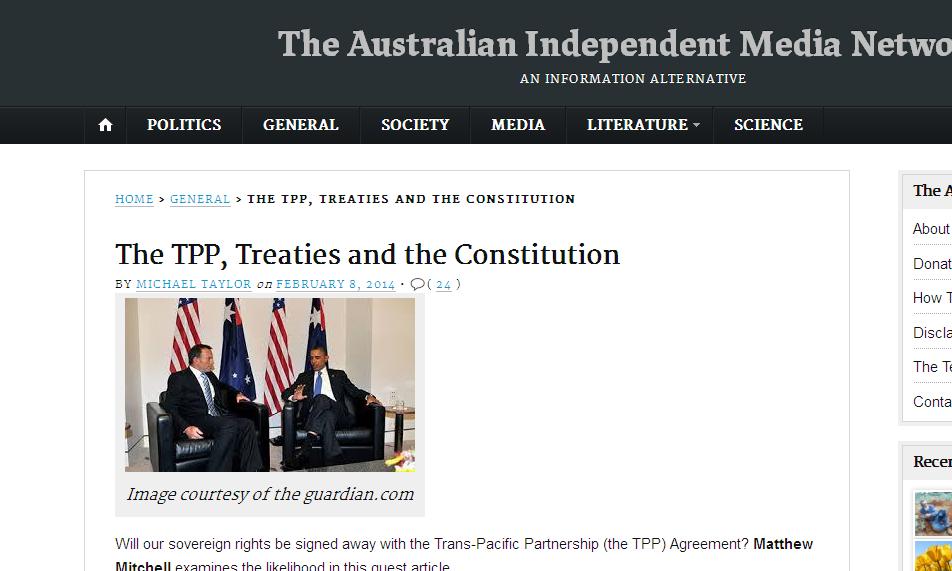 This is an issue I discuss here: The TPP, Treaties and the Constitution.

Another reason is to fix obvious constitutional problems associated with our independence of British rule and parliament, which arises from having a constitution which is based on an act of a foreign parliament (Britain) and linked to a foreign queen. 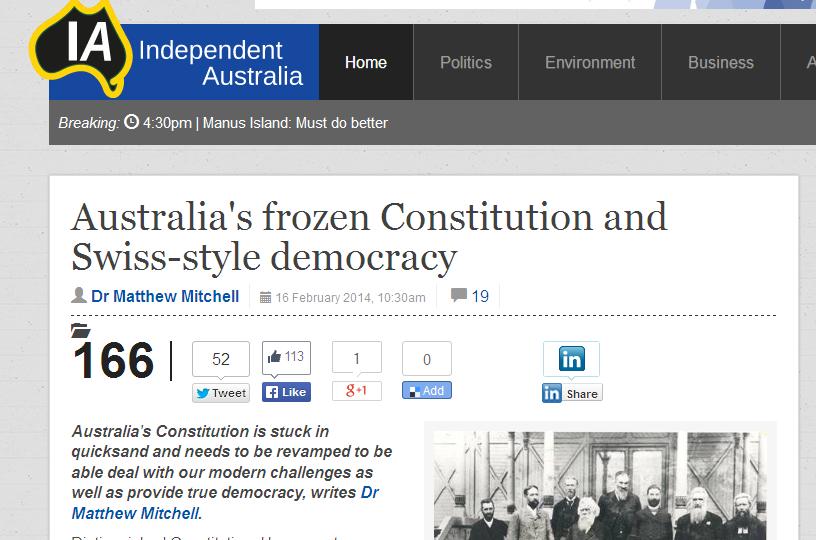 The need to fix these problems is discussed in this article: Australia's Frozen Constitution and Swiss Style Democracy.

The article also raises the need for proper recognition of Indigenous rights and perhaps sovereignty in some areas of Australia. 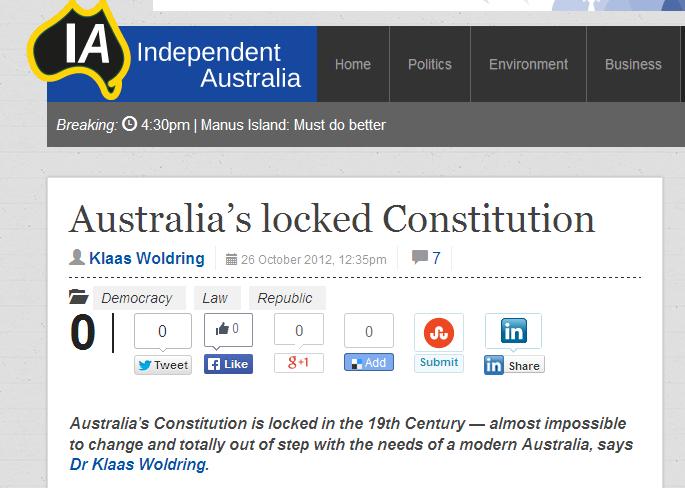 And of course there is the need to address our unsustainable cities: Melbourne and Sydney in particular.  The commonly proposed solution to these burgeoning behemoths of urban sprawl is to develop regional cities and centres. No state government seems really committed to this: the idea having been talking about now for decades with no meaningful action. This is something that could possibly be fixed in a new constitution by creating new states with new capitals. One such proposal is the 8th State one. Regionalisation like this could also be used to grant statehood to the NT and North Queensland - as has been lobbied for some time now.  Or we could adopt Steve Irons FOWTOR model - or some variation of it.

The big question of course - is how? And that needs some more thought.