Nationalism and national identity tend to be sold (by those in power at the time) as something timeless, something to be honoured because it has been around forever.  So these days on “Australia Day” we hear politicians and key Australians waxing lyrically on an important celebration and a public holiday across Australia that allows us to reflect on the history of Australia, and on the “first fleet” that came into Botany Bay in 1788.

But our knowledge of history is limited and if you asked people at an Australia Day celebration few of them would be able to tell you how long these celebrations have been happening over the last 200 years.

Australia has only had a constitution since 1901, and so it would have been impossible to have had unified celebrations prior to that date. There was a New South Wales colony, for instance, but "Australia Day" could not be held, because there was no Australia. Prior to 1901, the loose association referred to as “New Holland” was a number of colonies that had their own colonial life, dominated by their local British colonial governor, and their local ruling elite.  Read more http://en.wikipedia.org/wiki/Australia_Day

The date of the 26th of January seems to have some resonance in the 1800s in New South Wales with the governor declaring a holiday for his government workers on “Foundation Day” (which later became “Anniversary Day”), for the foundation of the colony, as early as 1818, but any celebrations that occurred on that date were for the ruling elite. Other colonies, such as those in Melbourne and Adelaide, were not interested in what was happening in New South Wales.

The weak formulation of 'Australia Day'

Even when “Australia” was federated, focus continued to be a colonial affair. Celebrations had become more unified across the various colonies since the 1880s with the declaration of a public holiday called “Anniversary Day” allowing the celebrations to be more public and more working class, but the 26th of January played no part in these celebrations; Anniversary Day occurred on different dates in different states. It wasn’t until the mid 1930s that the 26th of January even became an agreed recognised date across the new states, called “Australia Day”. But celebrations across the states continued to be state focussed and were not unified until 1988, one hundred years after the British governors started talking about the need for a public anniversary reflecting on British colonial history. And it is only since 1994 that Australia Day has been celebrated across Australia on the actual day. 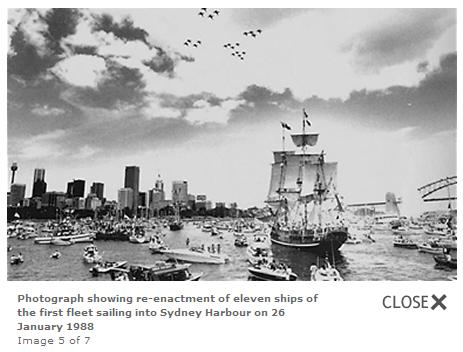 The big celebration that occurred on 26th January 1988 was sold as a celebration of the first fleet coming into Botany Bay, exactly 200 years earlier.

This was made out to be a celebration of 200 years “as a nation”, although nothing could be further from the truth. But it suited the leaders of the various governments, the State governments and the Federal government, because of some changes that had happened 2 years earlier that meant a new beginning was necessary.

I refer of course to the end of the referral of legislation by state governments to the Privy Council in Britain, meaning that the State no longer had the power to over-ride the Commonwealth, and had to find a way to get on with the other states and the federal government if it wanted to pass legislation.  This change to the fundamental operation of the law in Australia was brought about by the passage of Australia Acts in the various States, the Commonwealth, and the UK, on the 7th February 1986.

This means that one could argue that Australia commenced its life as a truly independent nation state on that date. For example, celebrations could have occurred on 7th February 1987, as the first annual celebration of a “new Australian” nation. But of course such a celebration of the first year would lack the romantic reference to “history” as the justification for “national identity” that was available by selling Australian nationhood as 200 years old. And it might have some negative implications because it might look like to the outsider that we were celebrating finally being rid of the ability of the UK parliament to meddle in the formulation and passage of Australian law; not a good look!

If anything could be recognised as 200 years old it was the impact of colonial and post-colonial development on the 'Indigenous language, social or nation groups' that were living on the continent at the time of settlement in 1788, and had been there for tens of thousands of years before settlement.

What needed to be reflected upon on such a day, they said, was an attempt to wipe out these 'Indigenous language, social or nation groups' in the name of a small number of new colonies across the continent up to 1901, and then in the name of a federal nation state after 1901.  They led a large demonstration (called “Invasion Day”). It seemed to me that they had an important point.

As Robin Tennant-Wood said in Conversation this year: “Australia Day has always been problematic as a national day of celebration. The “Est 1788” line only serves to emphasise this point. Apart from being offensive to indigenous Australians, it is, quite simply, historically incorrect.” 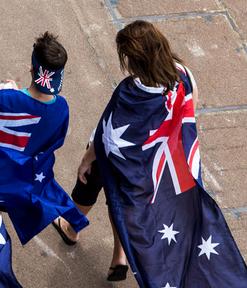 An excellent read on “Australia Day - Invasion Day” can be found at http://www.creativespirits.info/aboriginalculture/history/australia-day-...

“Most Australians celebrate Australia Day as the day Australia was founded.  In contrast, Aboriginal people mourn their history and call it ‘Invasion Day’.” 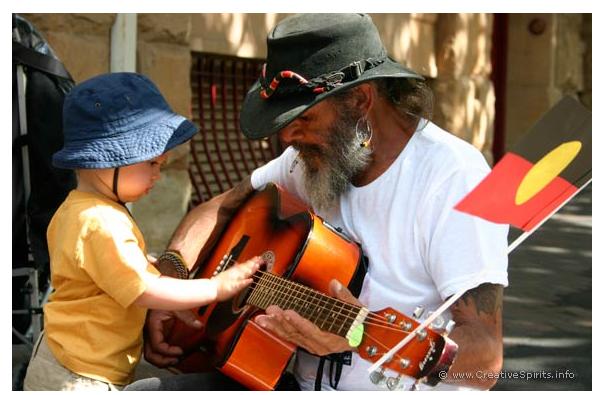 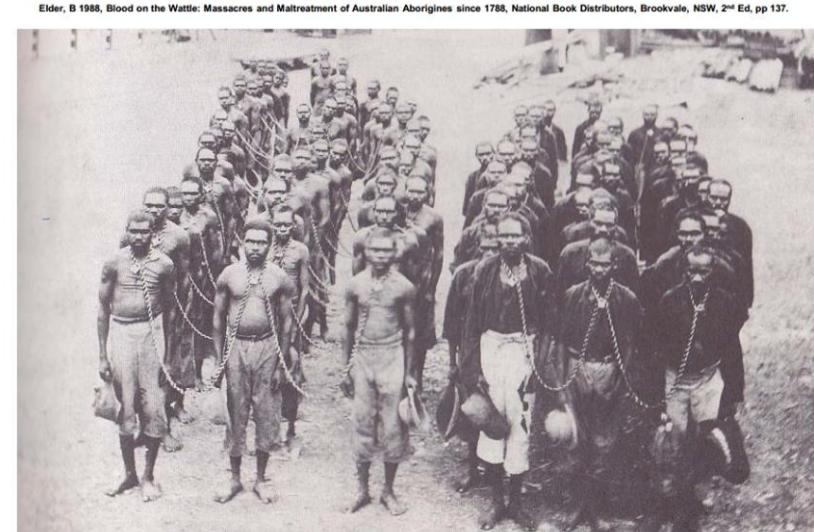 Since then, little has been done to resolve the dissonance in relation to the 26th January.  Key government players use “Australia Day” celebrations under the guise of the “history of the nation” as a tool for furthering their own agenda. Few of us know enough about history to know that we are being taken for a ride.

Indigenous groups use “Invasion Day” as a moment of reflection on a sorry history of human rights abuses which under such banners as the Northern Territory Intervention continues to this day. 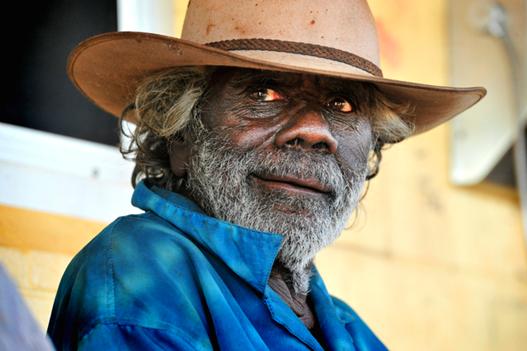 Read about it here: http://theconversation.com/review-pilgers-utopia-shows-us-aboriginal-aus... 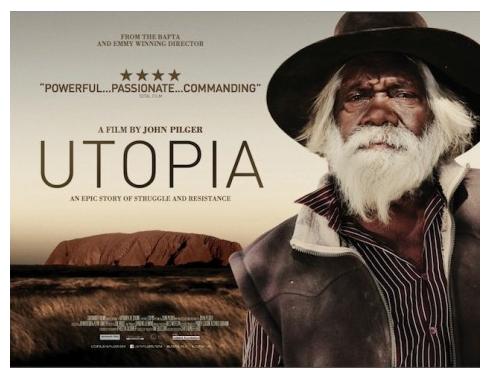 From: Peter Botsman:
Subject: Language is more than words...

Language is more than words...

Part One of a Two Hour Interview with Nyunggai Warren Mundine

In his Australia Day speech Ngunggai Warren Mundine called for the revival of the concept of a treaty negotiated with all Australian Indigenous peoples.

The following day in this interview published for the first time, he calls for a renaissance and revival of Indigenous language.

In this interview Mundine talks of his own personal journey back to his own language, country and culture and its importance for young people. Prime Minister Abbott has written the revival of Indigenous language and culture into the charter of the Indigenous Advisory Council and Mundine says it is a benchmark that he will measure the performance of the council over the next few years. For Mundine reviving language and culture is the key to building self esteem and confidence in young people so that they can go on to further education, training and jobs.

The Australia Day speech is available at this link: http://www.indigenouschamber.org.au/warren-mundines-australia-day-addres...

This interview is divided into two parts. The first is about Mundine’s vision of language and cultural revival. The second part (to be published later today) is about the tough budgetary situation of the Federal government and the problems and opportunities this creates.

The interview is available as a free download for 2 hours from 11pm AEST 30 Jan for two hours to working papers subscribers.

...the last refuge of a scoundrel

What a great article and a punch on the badly conceived glass jaw of Australian identity that uses unconsidered symbolism.

These simple facts and a dash of history are a powerful antidote for a manufactured event and day that is becoming as commercial as an Aussie Christmas. As we don't notice the irony of snow-covered trees in the Australian summer, nor do we appear to care about what history might really tell us about present day Australia. Perhaps that's what it represents; the national capacity to ignore history for the sake of a holiday!

Yet, the implications are far from trivial.

When those in power attempt to rally us to symbols and images of our collective identity, this plays to our ancient sense of tribalism and we agree to these rules whenever we do so. Instead, examine the virtues when sober-headed and rampant tribalism can't really be sustained unless one is prepared to live in a delusion for the sake of a manufactured plastic identity to go with a show bag of historical concepts that break the day after the party.

The much harder issue is to consider what values we stand for in Australia, and who is included in this vision? Is it better to wave a little flag, stab a chop, take a swig and put this one off until next year? And do so every year?

As Dr Johnson reminded us "Patriotism is the last refuge of a scoundrel". Edward Bernays showed how mass-marketing scoundrel concepts can be a powerful way to manipulate and manufacture consent. When it defines the 'us' and 'them' of opposing tribes it's dangerous stuff.

The ongoing discussion about what we represent as a nation is never helped by erecting a statue to an empty concept of 'us'; a vacuum of values and a holiday based upon the shipping news of colonial Britain. Instead, uniting people around a concept of their own values and an inclusive identity is far more important. This is when a nation 'comes of age'.

But those prepared to wrap themselves in a flag without such analysis of what it represents are under the influence of 'patriotism'. They risk becoming lemmings to be led off the cliff of reason by big-mouthed buffoons who yell as they clutch their breast that swells with the power they gain each time they appeal to the flag-draped mob that becomes putty in their hands.

I'll be a much prouder Aussie when we are all prepared to look at these symbols and consider the good along with the bad and ugly that we can claim uneasy ownership of. Then we will be able to reconcile ourselves as a nation that includes those presently alienated. Who cares what date is used to mark this mark of adulthood?

It used to be more of an Australian characteristic to be suspicious of symbols of authority, collective humbug and flag waving. Whether you identify with indigenous, convict, immigrant, press-ganged plantation worker, or ANZAC, it's hard to see how any of these original players in our nation would be so keen to blindly worship the state and forget its flaws so easily; flaws they felt the sharp end of. And if you don’t know what these are, then why would you wrap yourself in our flag too easily?

The Australians of our popular history would largely be far more circumspect about what this country represented in their time. Shouldn't we continue the tradition of not being too easily bullshitted as a way to honour them?

Western civilisation’s legacy has a dark side 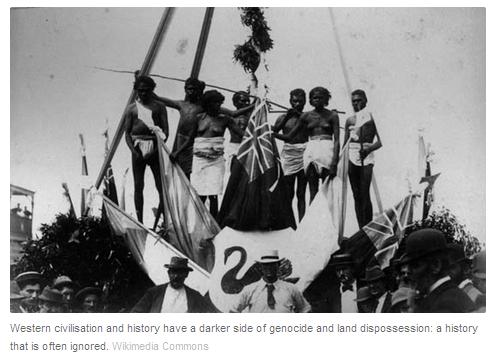 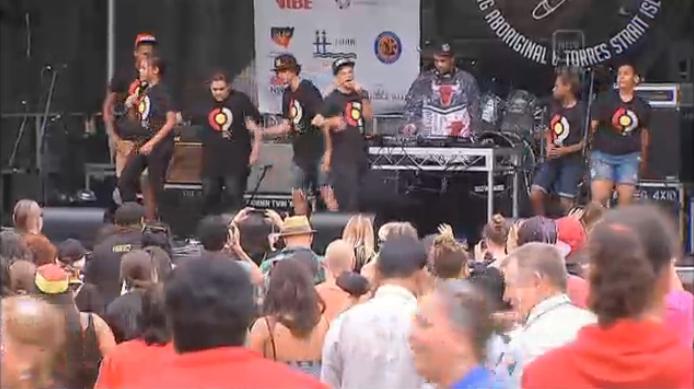 See "What does Australia Day mean for our mob?" 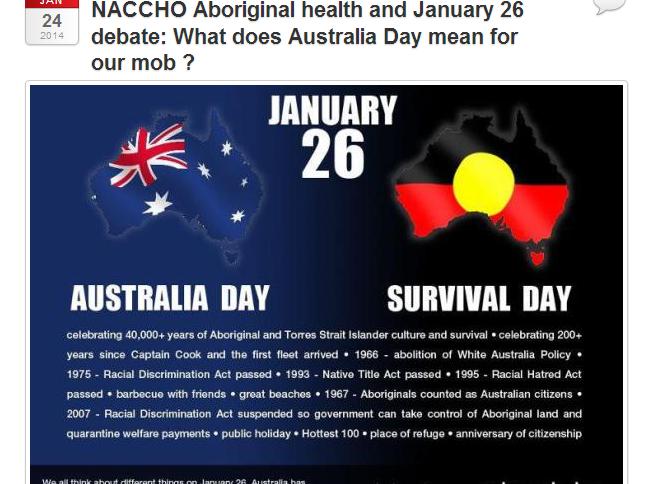